Please refrain from participating in the tour for the purpose of interviewing.

What is Human Tourism?

Human Tourism is…
It is a type of human-oriented community-based tourism which has been popular recent years. Humans in the community are the resource for this tour.

Approximately 1600 people attended the tour in total from August 2012 to April 2014, and the questionnaire shows 90% of them were satisfied with the tour contents, giving opinions as follows: “I could feel real Fukushima which was not reported through the mass media”, “I will keep supporting Fukushima”, “I knew that Fukushima food was safety”. 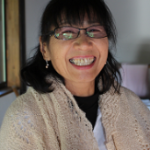 the chairperson of NPO Ukifune no Sato, resident of Odaka
She is a chairperson of NPO Ukifune no Sato and staff of Soma-base, Bridge for Fukushima. She had own shop for house construction materials but the tsunami hit her shop on 11 March 2011. She finally decided to evacuate after hearing blasts at Fukushima No.1 nuclear power plant although she had been cleaning her shop.

She now lives temporarily in municipally subsidized rental housing, and work for Soma-base which provides drinking water for families with babies. She also established NPO Ukifune no Sato in XX to provide space with community people who wished to come back home in Odaka someday. 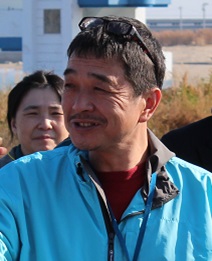 He now runs a restaurant, Hotokuan at temporary store area, not only taking role of the chairperson of the NPO. Furthermore, he also revived his marine products factory. He processes fish from inside and outside of the country instead of fish in Maehama where he used to fish, getting support from Odawara-city Kanagawa, Matsumaecho Hokkaido, and Fukauramachi Aomori, and keeps developing new marine products.
He is a key person for Soma-city reconstruction who has been keeping coordinating outsider supporters to Soma-city.